To say the past year has been a difficult one for people across the globe is something of an understatement.

Not only has the Covid-19 pandemic resulted in the deaths of over 2.6 million people worldwide, it's also led to a massive shake up in everyday life for many of us.

But despite the devastating events of the last 12 months and the resulting decline in mental health in a number of destinations, there's been no change at the top spot when it comes to ranking the happiest country in the world.

For the fourth year running, Finland has come out on top in the annual list powered by data from the Gallup World Poll, with Iceland, Denmark, Switzerland, and the Netherlands following in second, third, fourth and fifth position respectively.

While the United States moved up from 18th to 14th place and the United Kingdom dropped from 13th to 18th.

Although there have been some changes in the top 10, with Iceland rising two places from fourth to second on the list and Norway dropping from fifth to eighth place, the rankings were strikingly similar to the previous year for the most part, which is viewed as a positive sign.

Other notable movements on the list include Germany, which has jumped from 17th to seventh place. Croatia rose from number 79 to 23 on the list.

Researchers say it's no surprise that Finland has retained the top position once again, as the Nordic country has always ranked highly when it comes to mutual trust.

Trust is recognized as one of the major factors that helped to protect people during the pandemic, as well as confidence in governments.

For instance, Brazil's death rate was significantly higher than Singapore's, a fact the report put partially down to the difference in public trust in the governments of each country.

It also notes that the Americas and Europe had much higher Covid-19 fatalities than East Asia, Australasia, and Africa.

As a result, the report found that the decline in mental health was immediate in many countries, including the UK, where the number of mental health problems reported was 47% higher in May 2020 than predicted before Covid-19.

Of the 149 countries featured on the report, Afghanistan was ranked the most unhappy once again, followed by Zimbabwe, Rwanda and Botswana.

Those at the bottom of the list were mainly underdeveloped countries where issues such as political and armed conflicts are prevalent, or have been in recent times. 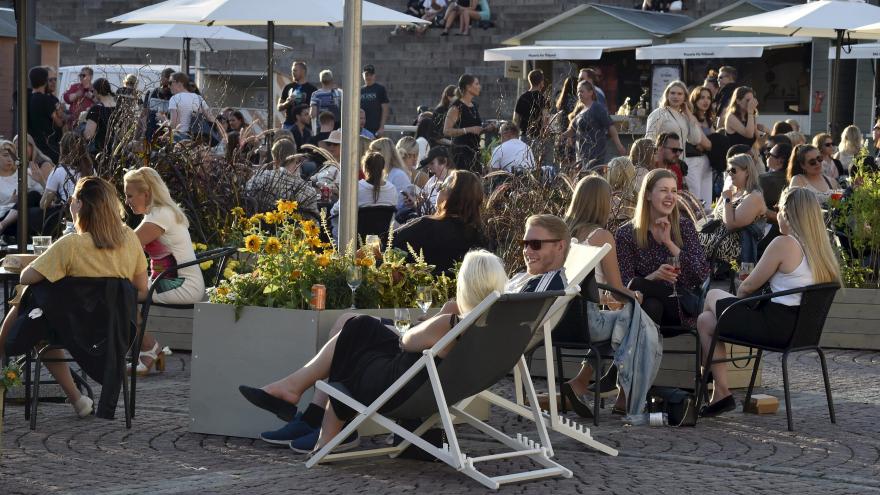