In Japan, some workers who regularly drink beer at the end of the day are giving their livers a rest and turning to beer that is free, or nearly free, of alcohol.

Because of the coronavirus health crisis, many Japanese people are not doing the things they used to do after work. Parts of Japan, including Tokyo, are currently under rules that restrict people's movement until March 21. So, while people in Japan still like to drink beer, many are not doing it as often. They are also trying kinds of beer that have very little alcohol or none at all.

Tadasu Masuda lives in Kobe, Japan. He is trying low-alcohol beers as a way to give his liver a day off. The liver is the organ that works to remove alcohol from the body. Masuda said he is paying more attention to his health now that he is older. 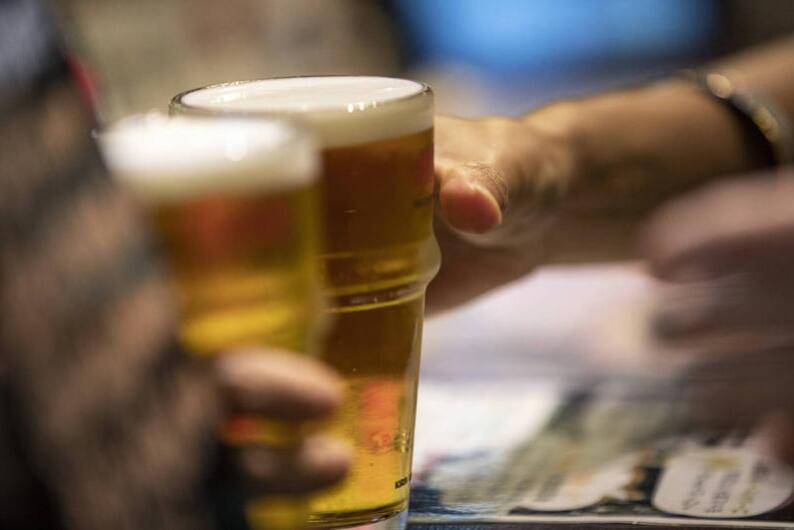 Asahi is a large beverage company in Japan. It expects to make 20 percent more money from low-alcohol beer in 2021 compared to last year. Kirin is another company that makes things to drink. It saw sales grow by 10 percent last year and expects another increase this year.

The increase in sales of non-alcoholic beer might be the result of many Japanese people spending more time at home. In the past, they would order beers together while going out. More people are trying to stay healthy, as well.

Also, fewer people are drinking beer, as wine and other alcoholic drinks become more popular. But the new interest in low-alcohol beer has helped the beverage industry in Japan.

In recent years, many companies started making non-alcoholic beers. They caught on in places like Australia and Germany but not in Japan – until this year.

Asahi's "Beery" has very little alcohol. But it is supposed to have more taste than earlier versions of low-alcohol beer because of a new way of removing the alcohol. The company plans to offer more low-alcohol beers in coming years.

Kirin and Suntory are also trying to make low-alcohol beers with better ingredients than in the past.

Kazuo Matsuyama is marketing chief for Asahi. He said most beer companies used to advertise to people who had a drink every day. That was about 20 million people. But there are about 80 million people in Japan between the ages of 20 and 60.

"But now we need to look at others," Matsuyama said.